Holland America's next new ship will be named Ryndam 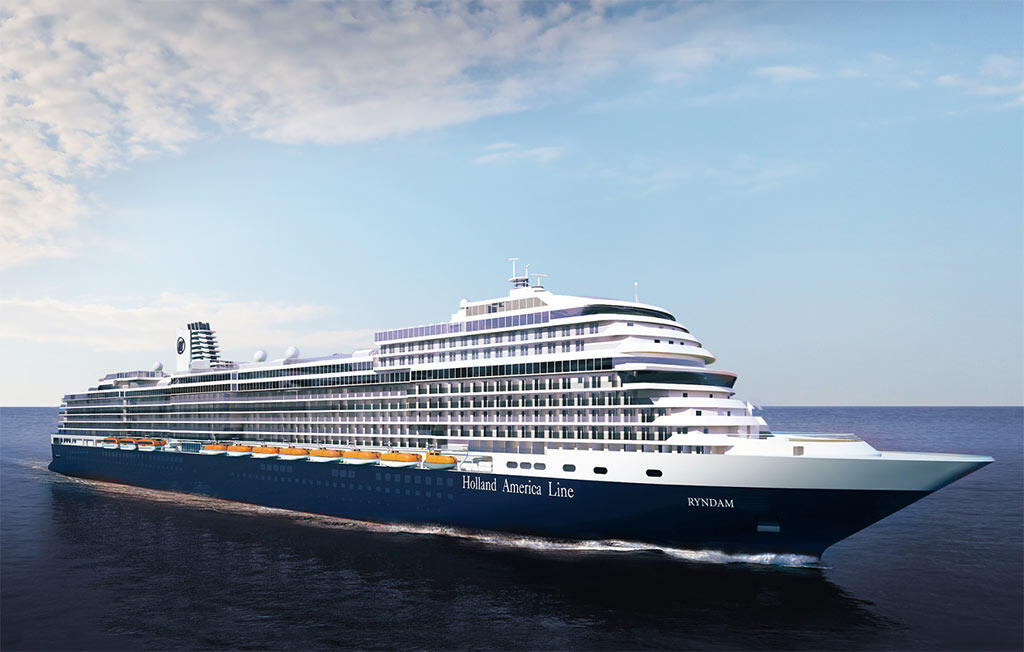 Holland America Line announced today that its next new cruise ship will be named Ryndam.  Ryndam will be the next Pinnacle Class ship, and be delivered in May 2021.

Ryndam will join sister ships Koningsdam and Nieuw Statendam.  She will be 99,500 tons and accomnodate 2,666 guests.

A steel cutting ceremony was held on March 13 at Fincantieri’s shipyard in Italy.

“Holland America Line honors the timeless tradition of cruising while also embracing new innovations for today’s travelers, and the name Ryndam reflects the unique history of this company while honoring previous ships that were progressive in their time as this last Ryndam will be,” said Orland Ashford, Holland America Line’s president. “From the first Ryndam more than 100 years ago to the most recent, the namesake ships have been beloved by our guests. The next Ryndam will bring new life to one of the most notable series of vessels in our history.”

The first Ryndam was part of the Holland America Line fleet from 1901 to 1929, starting as Rijndam before receiving the English spelling in 1923. In 1927 Ryndam I became the first Holland America Line ship to sail a world cruise, although it was chartered as a floating school at sea for that voyage. The second Ryndam served from 1951 to 1973, and the third sailed in the fleet from 1993 through 2015, when it was transferred to sister brand P&O Australia and now cruises as Pacific Aria.