We arrived early this morning in Cozumel and the sun has not yet risen. What a treat to see a Caribbean sunrise; a truly peaceful way to start the day.

After the sea day yesterday, I was looking forward to checking out our first Mexican port stop and exploring the downtown area.

Our weather forecast was once again favorable with mostly sun and a small chance of rain.

Here is how I spent my fourth day onboard the MSC Seashore.

Despite the clocks moving back, my internal alarm woke me around 6am after a good sleep. Once showered and dressed, I headed up to one of the deck’s overlooking the dock, so I could see our approach to Cozumel.

We were the first ship of the day and got a prime parking spot at the pier, parked right in town at Punta Langosta. We had the most incredible sunrise, with the sun glowing orange against the pink clouds.

I had a Spanish omelet while enjoying the outdoor seating at the Marketplace buffet. It was fairly quiet, with a few other early risers  I can’t think of a better way to start the day than having a coffee on a cruise ship.

I did see some people walking about, getting some exercise in. One thing I do miss on this ship is that it does not have an official walking/jogging track. While there are lots of outdoor places, it is hard to walk for long periods without having to stop and reroute inside.

As I was in no rush to get off the ship and had no booked excursions, I meandered around for a little longer.  The air was already starting to get heavy with humidity, so I decided to go onshore before the heat became oppressive.

When leaving the ship, you have to go through tons of stores located in the port area. I don’t love the gauntlet of aggressive salespeople along the disembarkation path through the terminal, so I just don’t pretend I understand them.

There was, however, the cutest dog, working for the Mexican authorities. The canine assistant was charged with sniffing out passengers bringing food onshore. Just before I walked through, the pup excitedly signaled to his boss that he had found something. The passenger was stopped and sure enough, had a bagel in her bag. Impressive.

Once past the shops, I walked along the main boulevard, Rafael Melgar, with its picturesque whitewashed border along the sea. The view is absolutely stunning. Some shopkeepers were getting ready for their day,   deliveries were being made, Cozumel was getting prepared for the day.

This is not my first time in Cozumel, but walking around town on such as beautiful sunny day, I was again struck by the color everywhere. The Isla Cozumel sign, the swaying green palm trees, and the buildings all provide a stunning contrast.

I had no specific agenda in mind but continued to walk and headed toward the museum. The Museo de la Isla de Cozumel has a bit of everything – history, geography, geology, and environmental conversation, to name a few.

If you are looking for something to do when walking in town, it is a nice spot and only $10. If you have not had a chance to see any Mayan ruins, they have some incredible statues and other artifacts such as pottery and other archaeological remnants.

We think of Cozumel as a popular cruise destination, but people have been stopping on this island for thousands of years. Honey, gum, and corn are some of their major exports. It has has a tumultuous life, settled by the Mayans and the Spanish, and endured some horrific wars. At one point, Abraham Lincoln tried to buy the island for the United States but had no luck. I learned a lot today.

Upstairs the museum has some local artists featured, and a bonus find, a rooftop patio with a restaurant. Looking out the sea, it is a gem of the place. I had Cozumel eggs – a tasteful dish with eggs, spinach, a super thin layer of cheese, along with freshly made tortillas. It was delicious.

After lunch, I walked around some more as I headed back toward the cruise ship. There are numerous sculptural pieces along the boardwalk and the main square in Cozumel. Art is clearly a big deal here. There were plenty of boats sailing by, with their white sails cutting the blue of the water. A few old-style fishing boats lined the shore as well.

After a couple hours, the heat and humidity were becoming increasingly intensive, well into the 90s, so I thought I would head back to the ship and enjoy some activities.

Once back onboard, I searched out a new hangout spot and found the adult-only infinity pool area on the back of deck 8. With incredible views and a sleek layout, it is a cool spot.

After a little time relaxing, I headed to afternoon trivia in Le Cabaret Rouge. A French inspirited venue, it hosts a range of activities in a charming and historic atmosphere. Trivia was fun, even though I did not fare so well. Our host has studied to be an animal ranger in South Africa and truly challenged us with many animal-related questions, but it was all good fun.

When leaving this part of the ship, I noticed a futuristic, brightly light tunnel (that looks like it could be out of Star Wars). At the end, a surprise,  a virtual balloon simulation that lets you step inside and float over the great cities of the world. Honestly, you never know what’s around the bend on the MSC Seashore.

We were just about ready to leave Cozumel, and I decided to head out on deck to say bon voyage. Despite being well past onboard time, there were people casually strolling down the somewhat lengthy pier in absolutely no rush. Five minutes from the departure time, the captain blew the horn as if to say, “ hurry up." Then a sudden announcement urgently looking for Carlos. I am not sure what it is about pier runners, but people love to watch them, and many people started to congregate on the deck.

About 10 minutes after we were scheduled to leave, we could see a man running in the distance. People everywhere started clapping and cheering. “Run Carlos” and “ you can do it Carlos” could be heard from passengers shouting from their balconies above. He made it, and people rejoiced. A happy ending.

After the excitement of the launch, I listened to some Caribbean steel band music. I ventured to the Sports Bar, which has incredible sea views and plenty of comfortable seeing. A fellow guest mentioned they have a limited menu (which was a mystery to me). I settled in for a beer and nachos, a great way to end the day.

MSC does a good job of minimizing intrusive announcements. While they announce everything in English, Spanish and Italian, they only do so a couple of times a day. They deliver a Daily Program each evening for the following day, with plenty of information. The MSC for ME app also sends you alerts for plans and other activities.

I hate to tempt the internet gods, but I will say the wi-fi has worked reasonably well, although it works better in certain parts of the ship. I -message does not work so well. Funnily enough, I saw a lady working in the middle of the Marketplace Buffet typing madly on her computer. Chatting with her, she too mentioned the same issue with wi-fi and i-message Oddly, the MSC for Me app can be slow loading, which requires no wi-fi.

There are limited TV channels onboard, although you can get news in a couple different languages.

Tomorrow, we head to Roatan, Honduras, where I have booked an MSC excursion to Big French Key. 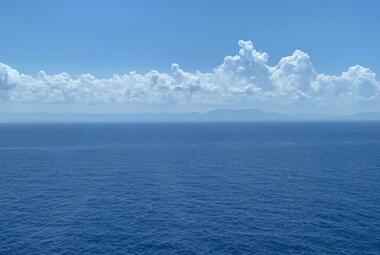 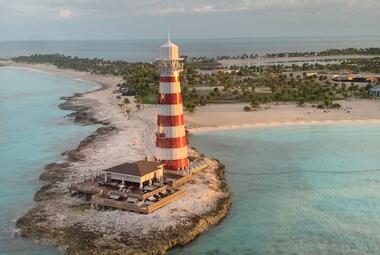 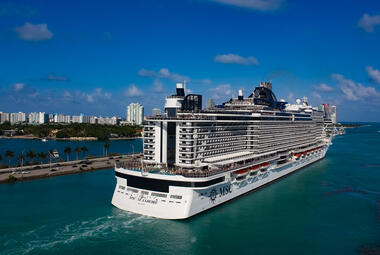 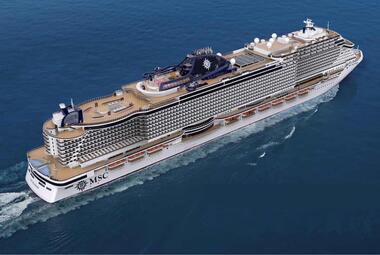 I'm trying my first MSC cruise. Here's how I am getting ready 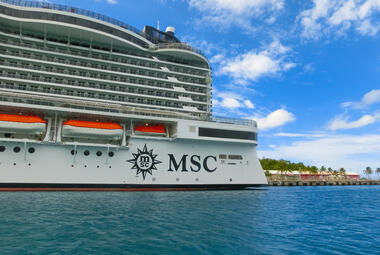 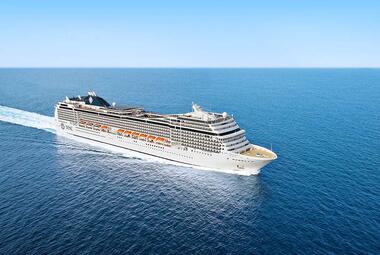